Home/Stocking Up and Shipping Out, Beautiful Spinnaker Sailing – S2:E28
Previous Next

After spending several weeks in the virgin islands (US and British), it’s time for us to head to our safe harbor to wait out Hurricane season. It’s the end of cruising season for us and we are heading west to Luperon, the Dominican Republic for hurricane season. First stop, Puerto Del Rey Marina for some provisioning and boat prep. Then we sail downwind with some pretty awesome spinnaker sailing across the North coast of Puerto Rico. 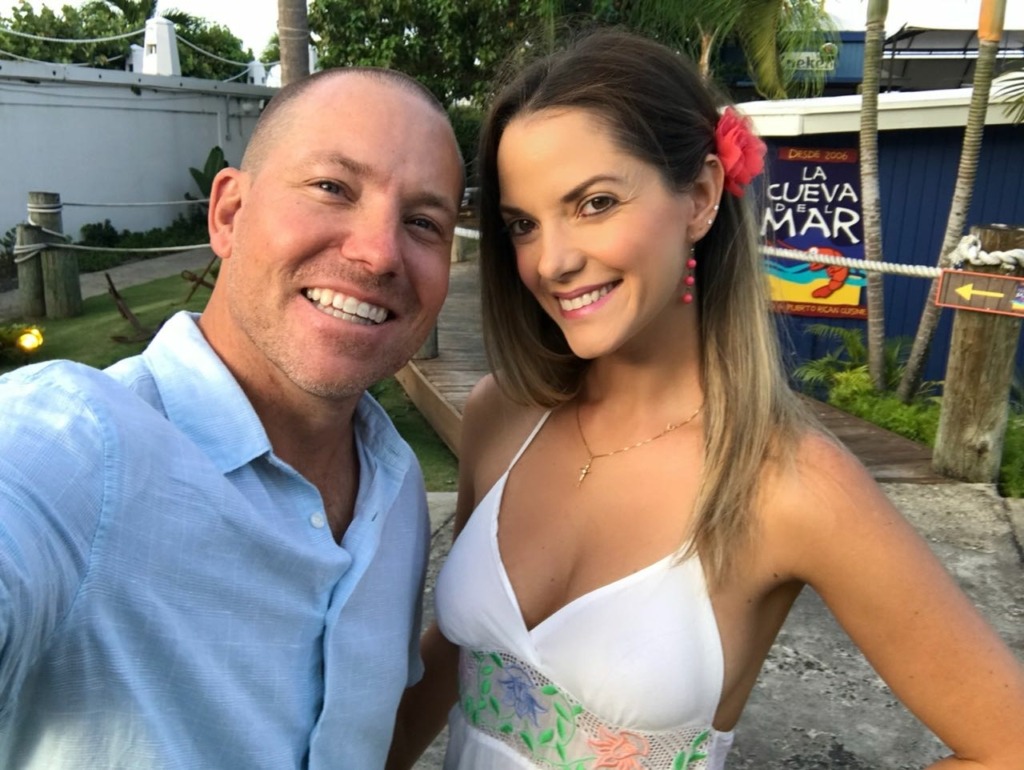 As we left the Virgin Islands, a feeling of excitement came over us. We would finally be able to sail downwind! Even though we would be backtracking, it would be a much easier sail. Especially after beating into the wind and waves for months and months. 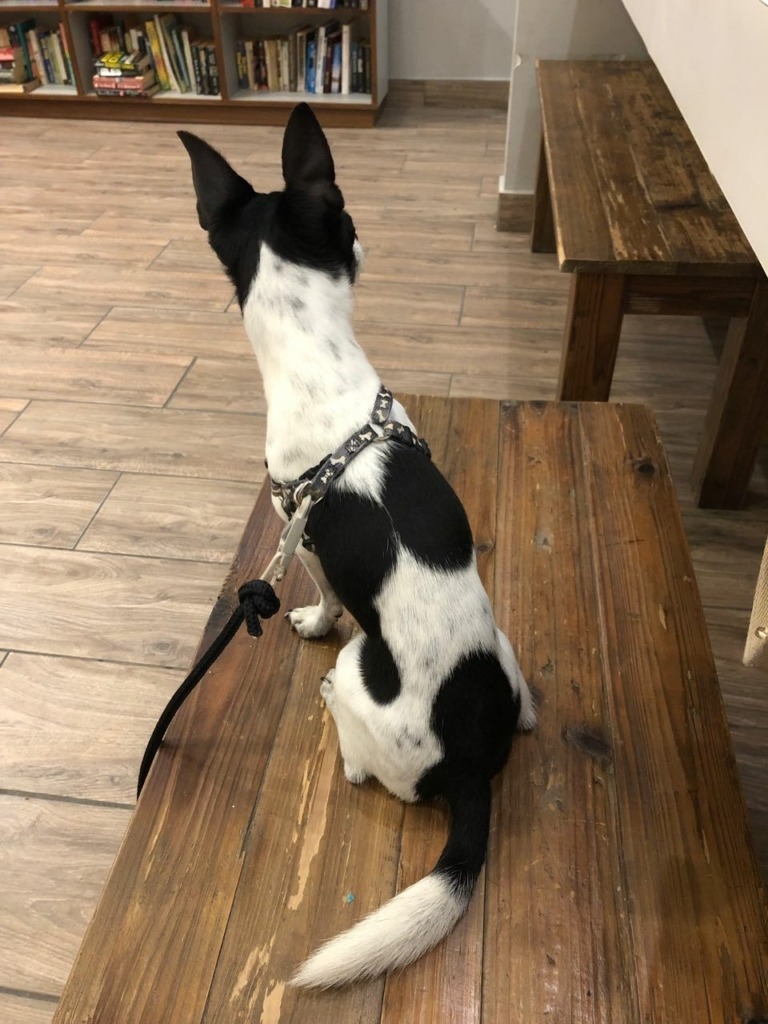 Once we arrived in Puerto Del Rey Marina, it was time to work! We stayed at the marina for 7 nights and anchored out beside the marina for 1 night. It took that long to get everything done to prep and provision Satori. Nick did a bunch of boat projects that he had been “putting off” while I did the laundry, cleaned, organized, etc. The only breaks we took were to workout and have a dinner or two out at the marina restaurant. 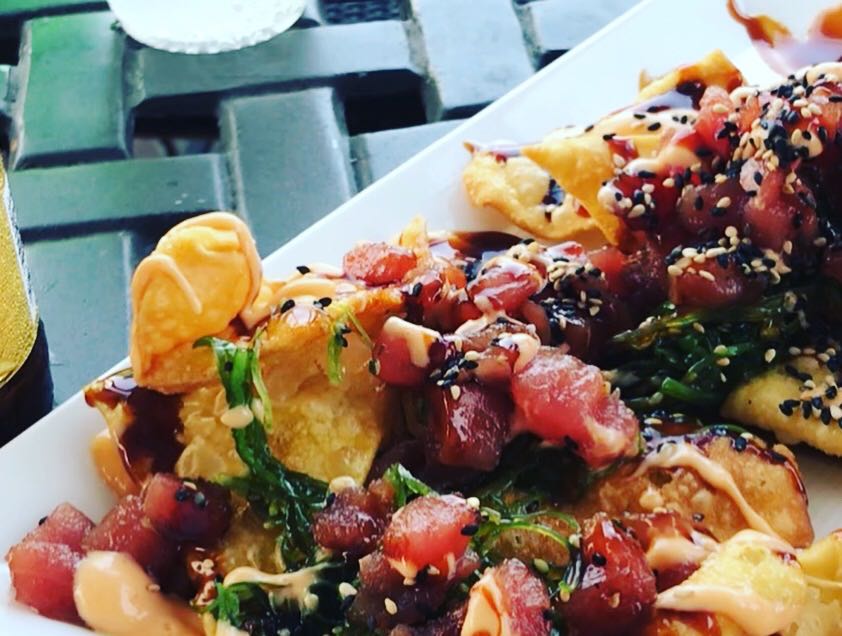 One of the tasks we had to accomplish was organizing our food supply. After pulling every food item out, we realized we had a lot more than we thought. There were canned goods from Hurricane Irma! This goes to show we mostly eat fresh food items. However, if a zombie apocalypse breaks out, we are good to go for 6 months. 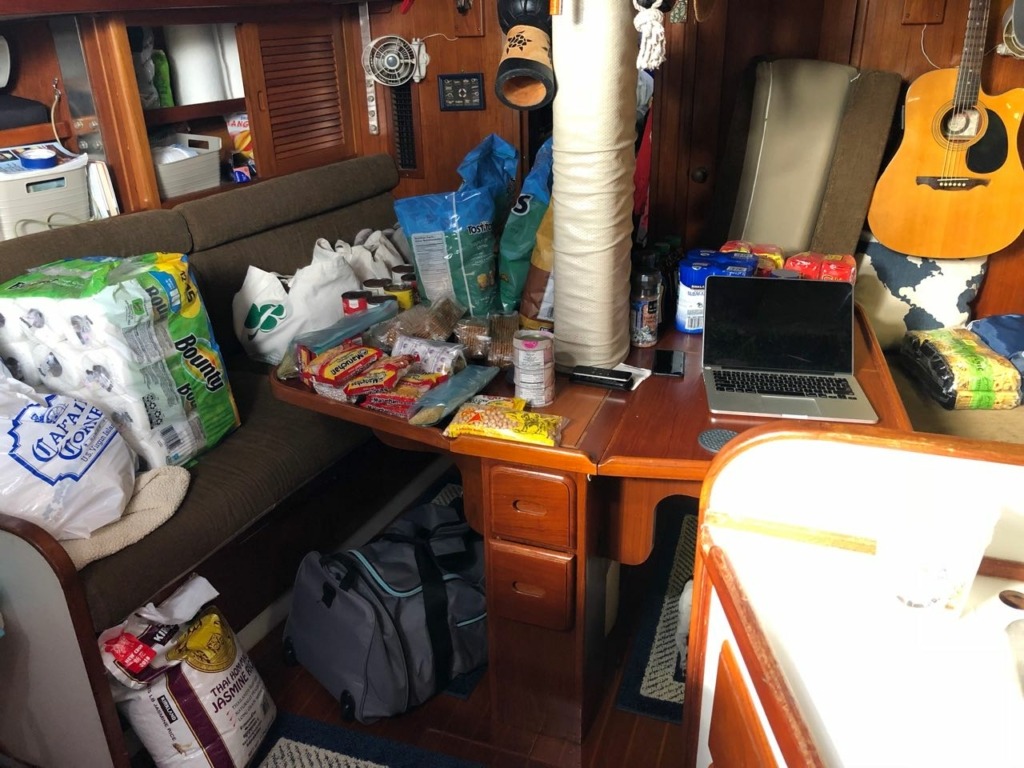 We rented a car and made a trip to San Juan for two days in a row. A trip to Costco for some heavy provisioning was in order. We also went to Walmart, Auto Parts store, a marine store, and a regular grocery store to name a few. Shopping is exhausting! It definitely wasn’t as fun as the first time around. Provisioning and boat shopping has become a chore.

When we were done with our shopping adventures, it was time to put everything away. It’s an overwhelming task but if you do it together, it’s not that horrible. Especially if you put some fun music on and dance a little. Once that was done, we only had one more thing to take care of. Get a spinnaker pole! Nick successfully found a couple that had been trying to sell theirs for two years. He literally caught them as they were getting in the car to the airport. Luck was on our side that day. 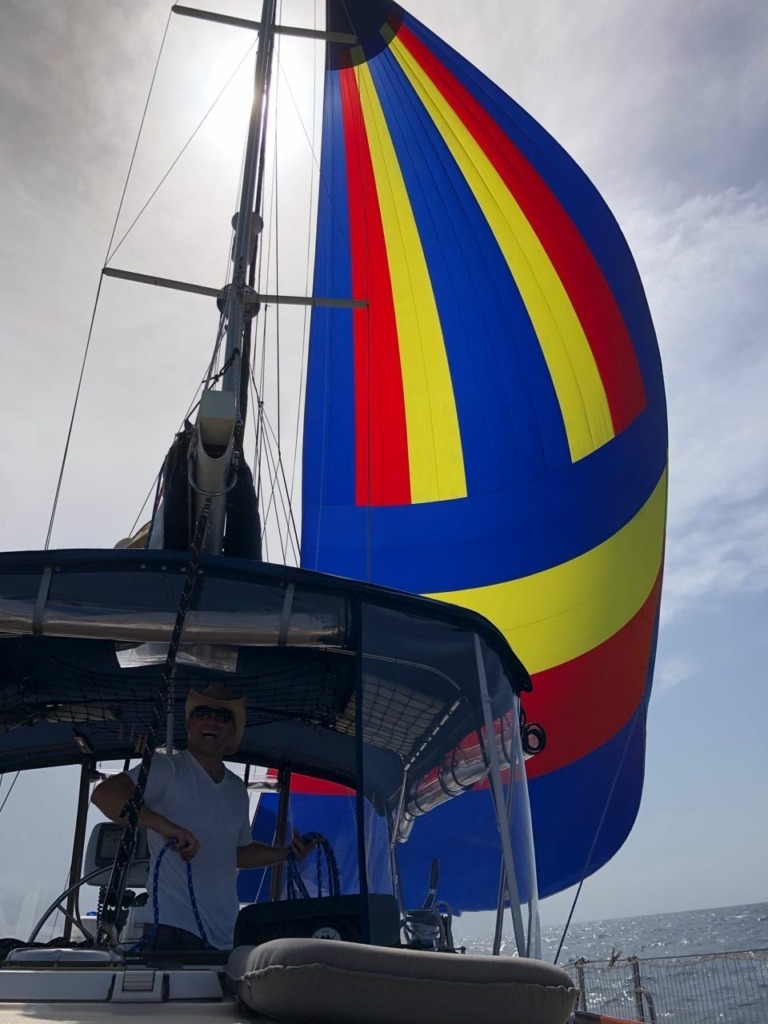 We sailed out the same morning Nick bought the pole. Once again, perfect timing. Our plan was to stop at the North West corner of Puerto Rico, before making the two-day journey back to Luperon. The sail started out fantastic! The wind was light but we were able to fly our spinnaker and just sail with that. What a beautiful sight. The spinnaker is HUGE and super impressive. Even though I was under the weather, I enjoyed this sail. To have following seas was really what it’s cracked up to be. 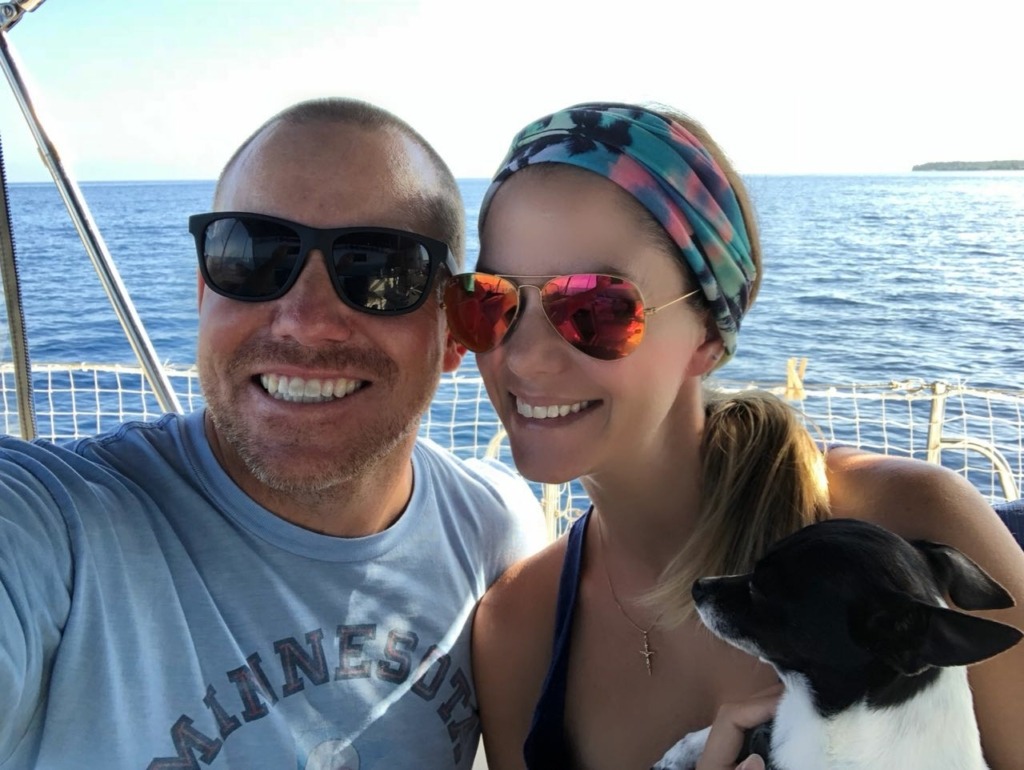 We arrived at Bahia de Aguadilla in the morning. Unfortunately, the wind died to zero knots during the night so we had a calm motor the rest of the way. We needed a good day/night’s rest before crossing the Mona Passage. Aguadilla was surprisingly busy for a Monday. The beach was packed and the jet skis were in full swing. Puerto Ricans know how to party. Stay tuned for our trip back to Luperon, Dominican Republic!