Home/Beautifully Calm Downwind Sailing to the DR
Previous Next

It’s time to head to Luperon from Puerto Rico’s west coast. Satori makes record time with very little wind. It was downwind sailing after all! The journey was calm and smooth sailing with spinnakers and spinnaker poles pushing us right along.

After a good day and night’s rest, it was time for us to leave Puerto Rico’s West Coast. We were heading to Luperon, our hurricane home for 6 months. Although we had already crossed the Mona passage, it was still a little intimidating. By this point, we had heard so many horror stories about the crossing so it’s human nature to have some level of fear. However, we were comfortable with our weather window. In fact, the wind was a little light but that’s better than the alternative. 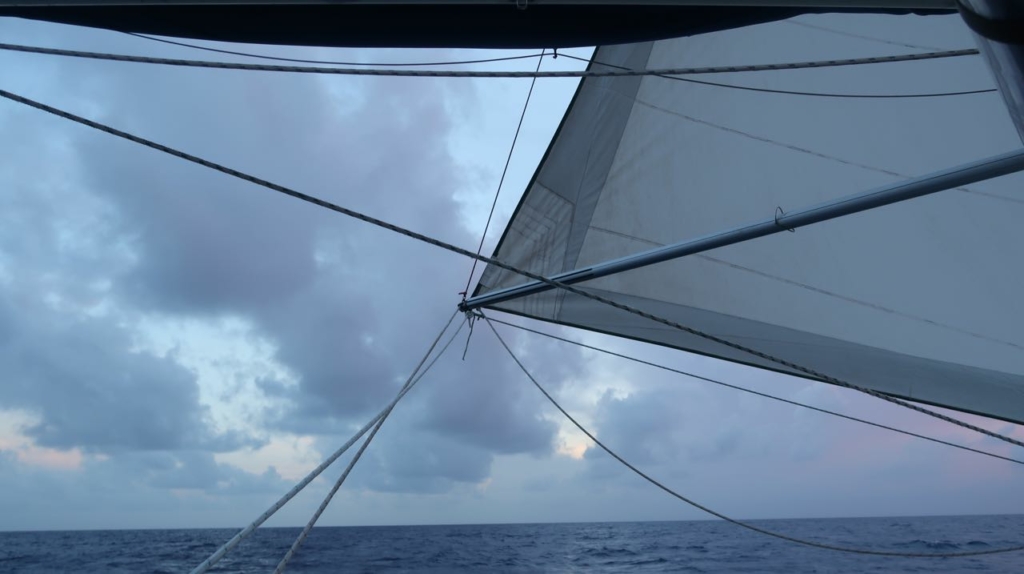 We were planning on leaving at first light but (as it usually happens) didn’t pull up anchor until an hour later. As we started heading West (downwind!), the wind was light but we were able to fly our spinnaker. Satori was flying! We calculated the trip around 48 hours going at an average speed of 5 knots. We were maintaining between 6-6.5 knots. That meant we were going to arrive in Luperon earlier than expected. That’s not necessarily a bad thing unless it’s in the dark. 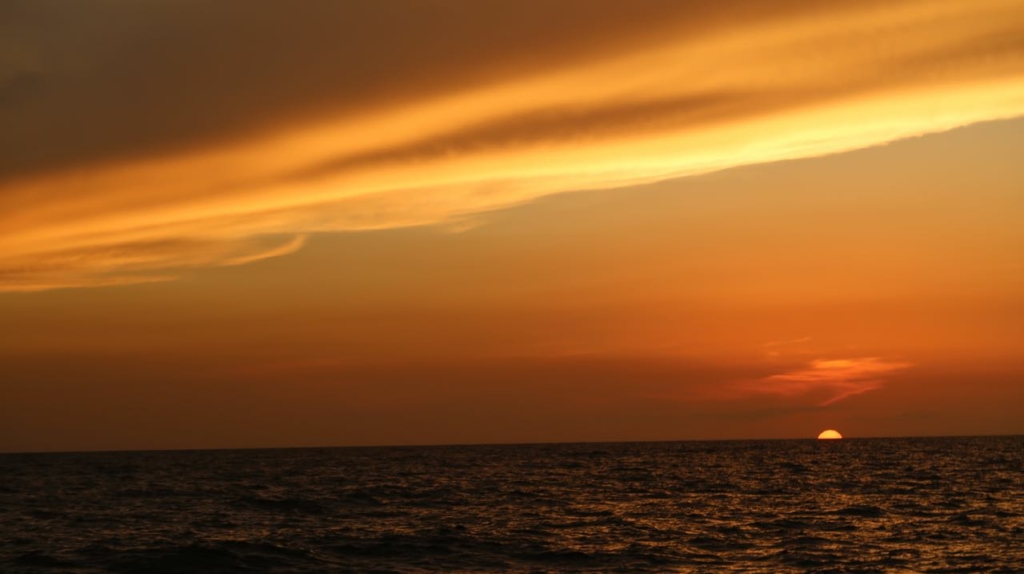 Sunset on the Mona

Once the sun went down, the wind died to zero! We had a night of extremely calm and uneventful motoring. That’s how we like it! It was so dead calm that Nick and I didn’t even take watch. We both slept in the cockpit and set the radar alarm. Every once in a while, one of us would wake up and take a look around. There was nothing in sight all night.

When Arthur has to go… 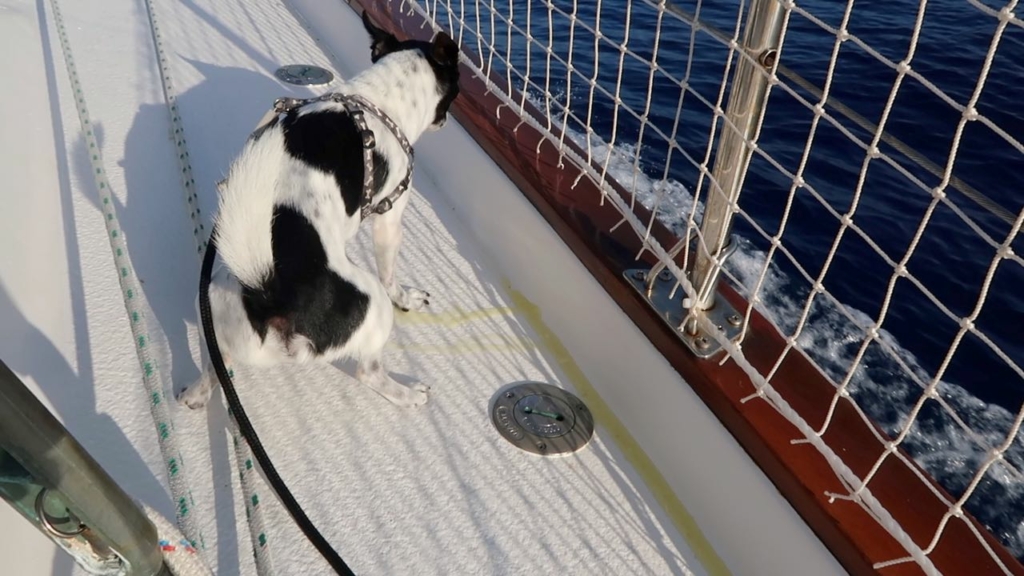 As the sun came up, we could tell Arthur had to pee! He hadn’t gone since the previous morning despite our efforts of taking him on deck. Luck was on our side that it was so calm, he’d be more likely to give in to the urge. Nick took him on his leash out on the deck. At first, Arthur led Nick to the dinghy. He doesn’t quite understand that the boat is moving and we can’t take him on to the shore. Finally, he just let it go, while squatting. That’s when you know he really has to go!

Sailing along the DR coast 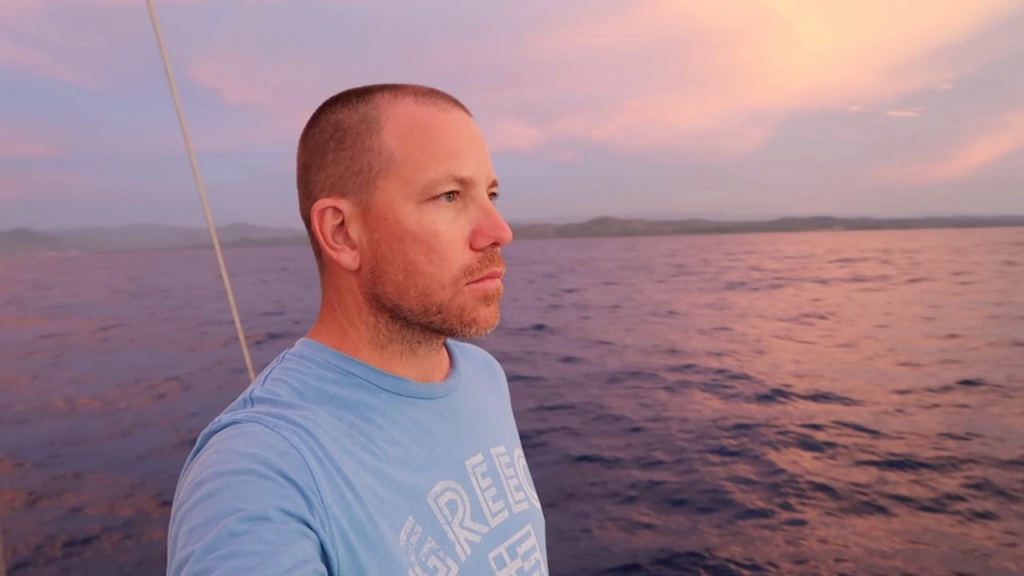 Nick sailing along the DR coast

It was another calm day of motor-sailing. We realized we were going to arrive in Luperon that evening. Although that was a great thing, it meant we would have to navigate the channel and find our mooring in the dark. There were two options. We could slow down and sail around all night or just brave the dark. Guess what we chose?! Since we had been to Luperon already, we felt more comfortable than if we hadn’t.

We made it to Luperon! (Downwind Sailing) 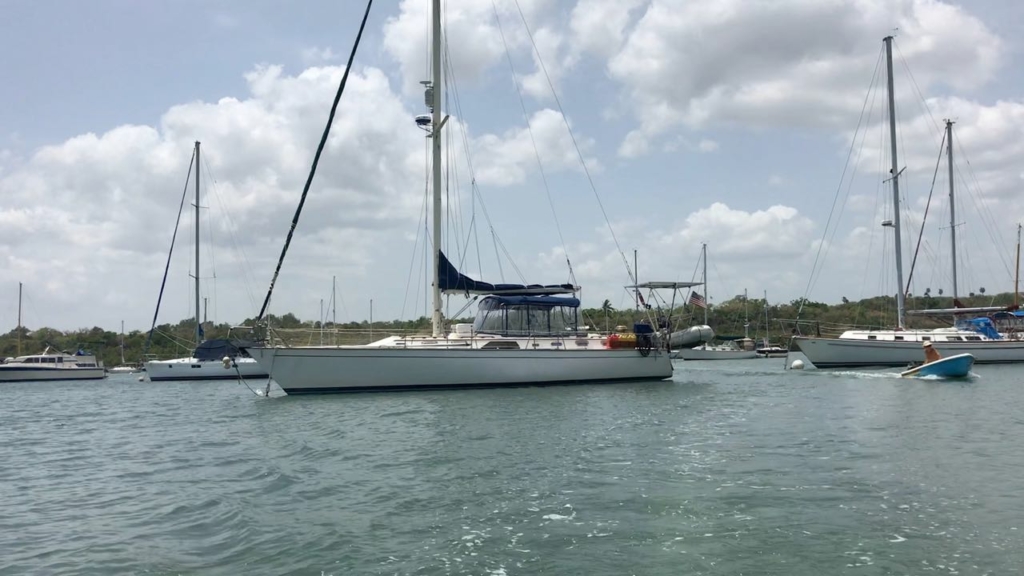 Satori arrived at Luperon Bay’s channel about an hour after sunset. It was pretty dark that night. I was up on the bow with the super flashlight while Nick drove us in. Luckily the channel is well marked and we had no issues. Until we got to our mooring. We couldn’t find it! Our mooring ball had been switched out. The bay has some shallow areas so we were in a tight spot. A fellow cruiser that had known us from a few months prior came to the rescue. Paul knew exactly where our mooring was and helped us tie-up. Whew, that was a close one! It felt great to finally be in our hurricane spot. Six months of not moving Satori was a much-needed break. 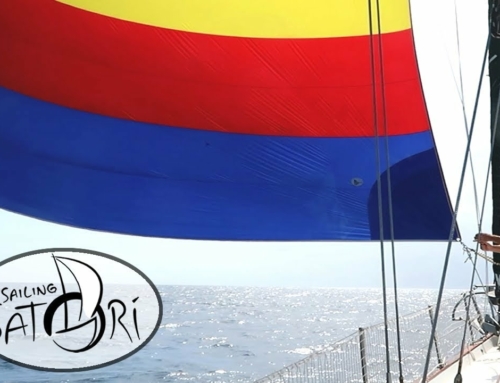 Stocking Up and Shipping Out, Beautiful Spinnaker Sailing – S2:E28 Gallery 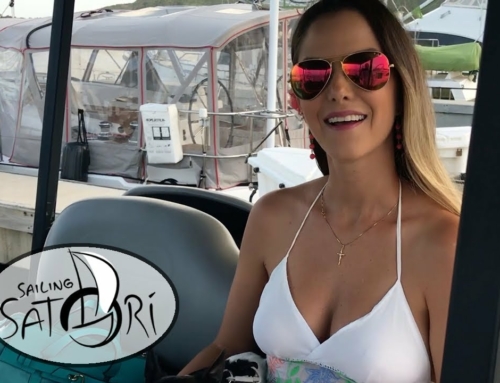 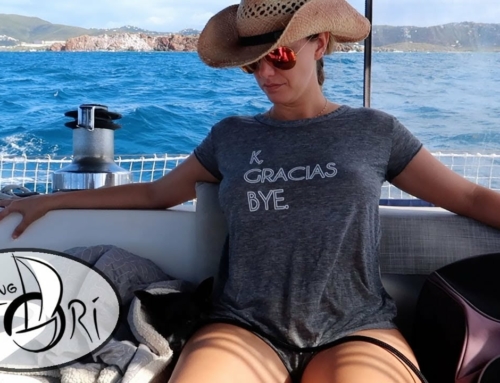 Old San Juan: Why you need to visit this beautiful historic city Gallery 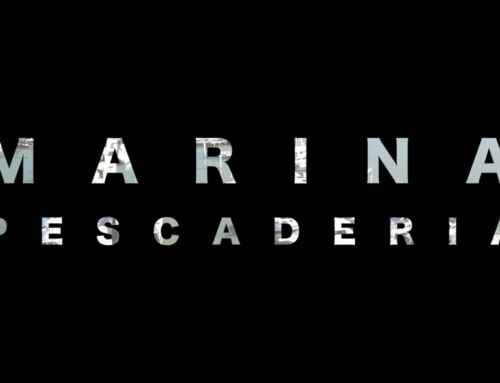