Home/Hanging Out in the Beautiful US Virgin Islands
Previous Next

In this episode, Nick and Kelly take some time to hang out in the US Virgin Islands. They needed a bit of a break before making the trip back to Luperon, Dominican Republic. The US Virgin Islands are a great place to get some work done and enjoy a slower pace of cruising life.

We still had some time before the end of Hurricane season so we decided to park Satori for a few weeks. We chose the island of St. John in the US Virgin Islands. We spent a little over three weeks there before heading back West to Puerto Rico. It was so lovely to stop for a few weeks and “smell the roses.” We didn’t do a lot of activities which at this time of year is a relief. Mostly, in the Caribbean, you have six good months of cruising time due to Hurricane season. Towards the end of that six months, we were exhausted! Moving the boat and exploring every place you go to is tiring. I know it sounds awful saying that! We are fortunate; however, sometimes you want to sit in one place for a minute. So that’s exactly what we did in St. John!

The first anchorage we stayed in was Caneel Bay. 70% of St. John is a state park, so anchoring is not permitted. That means you will have to grab a mooring ball for $26 a night. This can get extremely costly! We were happy to pay the fee, but since the Hurricanes ripped through the islands that year, there was no one to collect the mooring fee. Otherwise, we could have only stayed for a few nights, not three weeks. 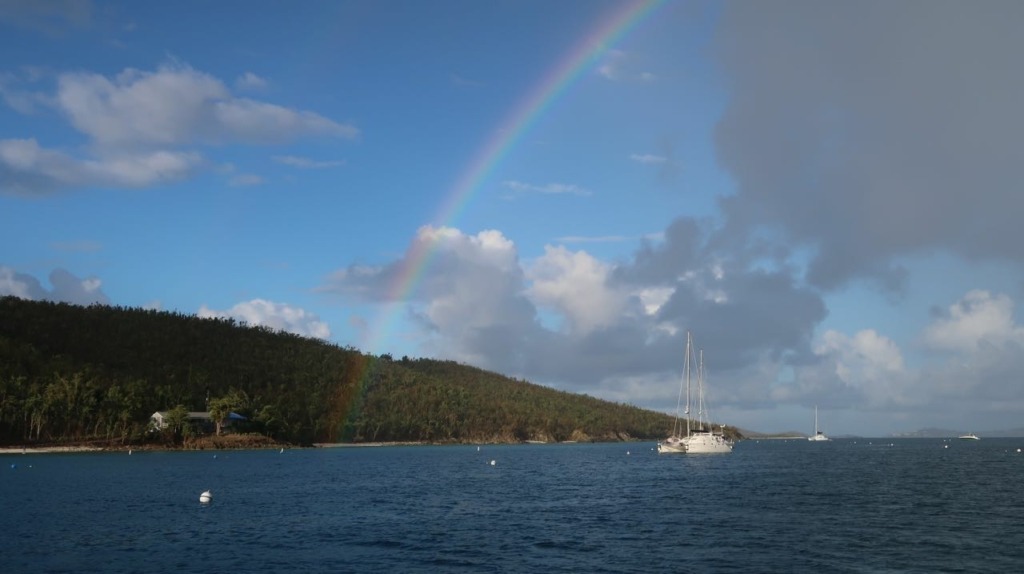 Caneel Bay is a beautiful place with clear water and sea turtles all around. One of our favorite places to go was the deserted beach where the Marriott resort once was. It was destroyed by Hurricane Irma, so there weren’t a lot of people on it. You could snorkel from your boat and spot turtles, fish, and a ton of conch. It was also a perfect beach for Arthur. He could run until his little heart was content with no street dogs to worry about. Although, there was the occasional deer that would come around.

The dinghy ride from Caneel Bay to Cruz Bay was a little on the long side. It took around 15-20 minutes to get from Satori to the dock in town. We went to town almost every day to do chores such as laundry, grocery shopping, hardware store shopping, or having a meal off the boat. Although Cruz Bay has ferries arriving every hour, it doesn’t seem too crowded. There are cute shops and a few restaurants and bars. Our favorite restaurant was Greengo’s. It’s a Mexican restaurant that has the best green salsa! Or shall I say salsa “Verde.” Many times we popped in for chips, salsa, and WIFI. 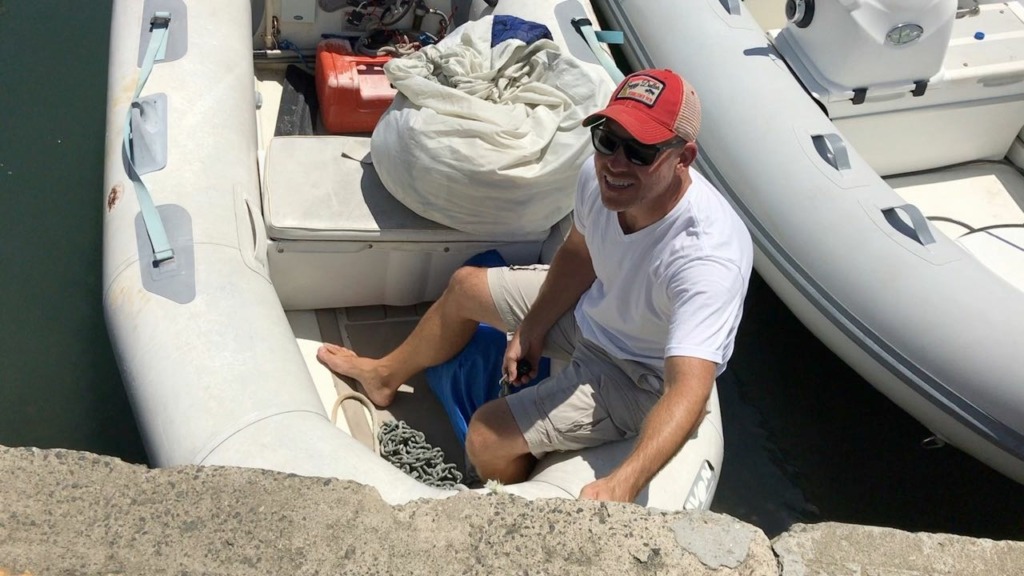 The next anchorage we hung out at was Maho Bay. Talk about sea turtles; they were everywhere! The beach is a turtle sanctuary, so you have to be careful walking on it as to not disturb the tiny eggs. It’s also sea turtle snorkel heaven! The turtles that munch on the grass in Maho are massive and they are not scared of people. They will let you get up close and personal. We did not (as you shouldn’t) touch the turtles however many tourists did. I wish there was a sign on the beach that explains that you shouldn’t touch the turtles. Perhaps people don’t know? 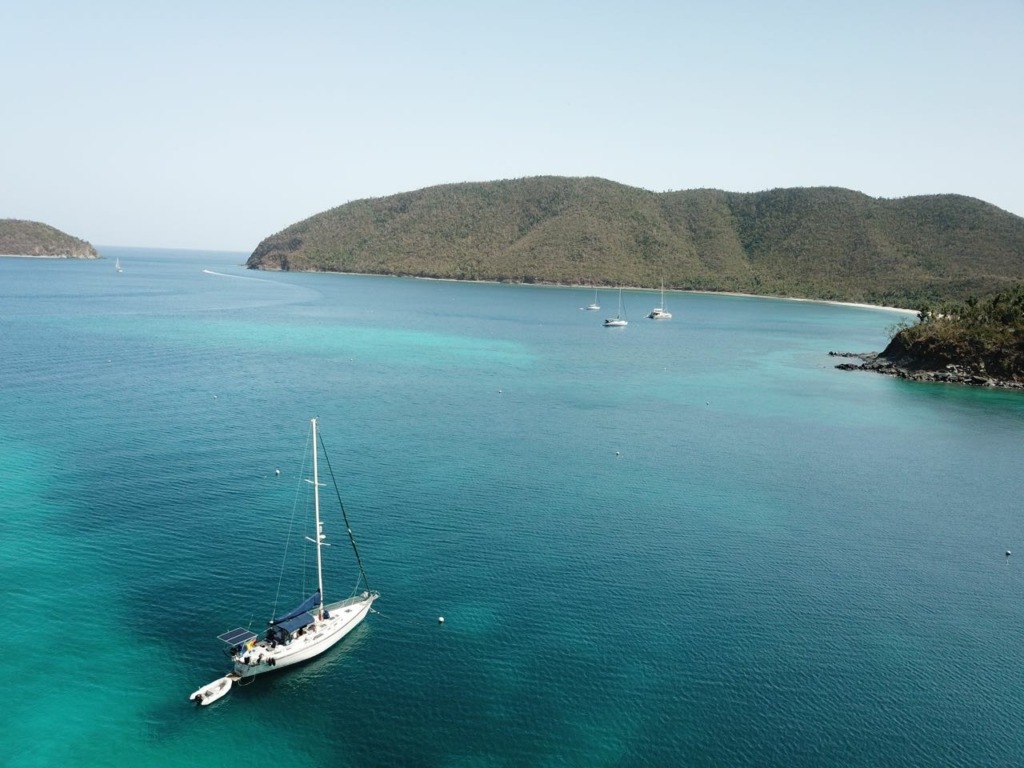 Up to that point, snorkeling in Maho Bay was probably the coolest snorkel I had ever done. I was amazed seeing these beautiful animals and at how many there were. We spent a couple of hours of swimming and looking at them. 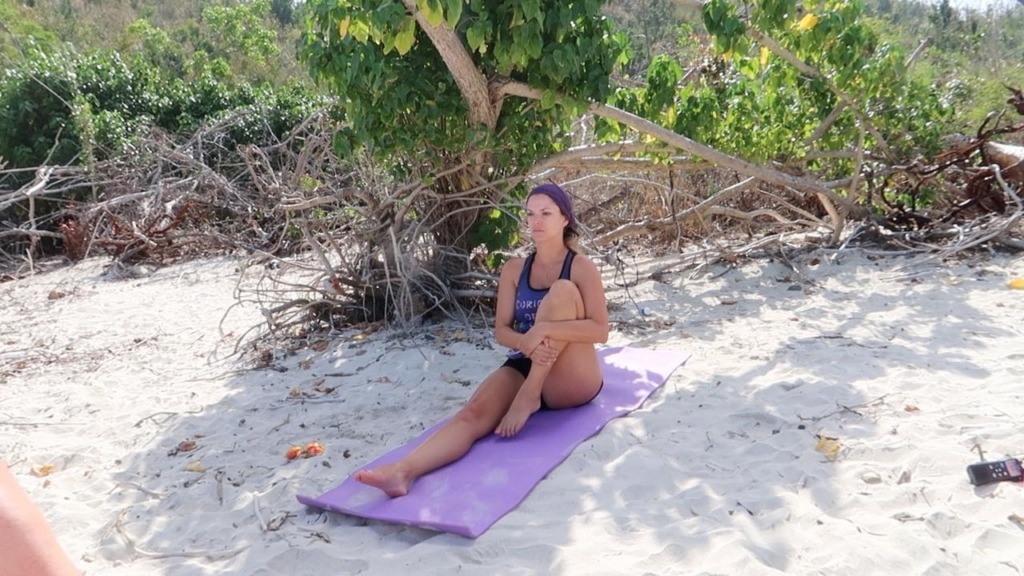 Kelly doing Yoga on the beach

We were in St. John with our friends Ryan and Sheena on “Seas Life.” Sheena is a dancer like me and bonus, she is also a yoga instructor. We certainly took advantage of the beautiful beach and scenery and would meet almost every morning for a yoga session. This was probably the most centered I had felt in a while. It’s amazing what a little exercise will do for you. It’s not always easy to keep a routine when you’re moving, but we try our best. 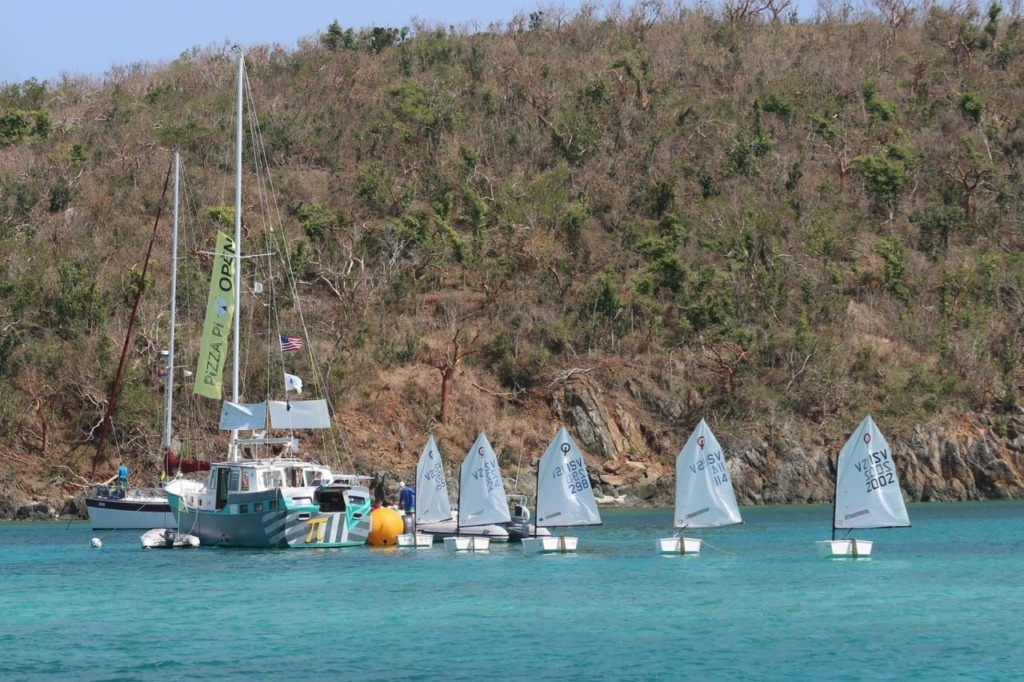 We also made a quick trip over to “Christmas Cove.” This is a small island between St. Thomas and St. John. It’s only about an hour sail away from Caneel Bay. We decided to make a day trip over and back to indulge in a pizza. There is a pizza boat called “Pizza Pi” that serves delicious pies. Since my diet was starting soon (I was eating way too many treats and needed to cut back), it was our last chance to get this particular pizza that we had heard so much about. Let me tell you; it was worth the trip! It reminded me of a “New York Style” pizza with huge slices and a thinner crust. Yum! 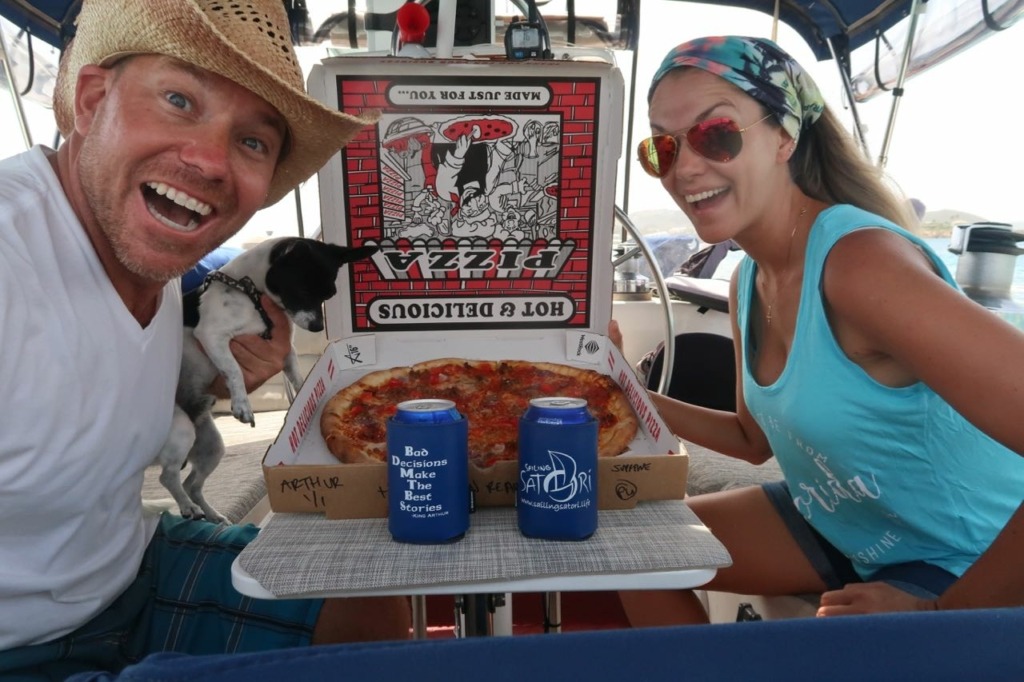 Back to Puerto Rico

After staying in St. John about another week, it was finally time to start making our way back to Luperon. Both Nick and I were sad that our cruising season was coming to an end. On the flip side, we were excited to be sailing downwind finally! What is this downwind thing that everyone keeps saying is so glorious? Just kidding, we knew exactly how great it would be to sail back to Luperon. We were even hoping we could dust off the ole Spinnaker which had been tucked away for almost two years. 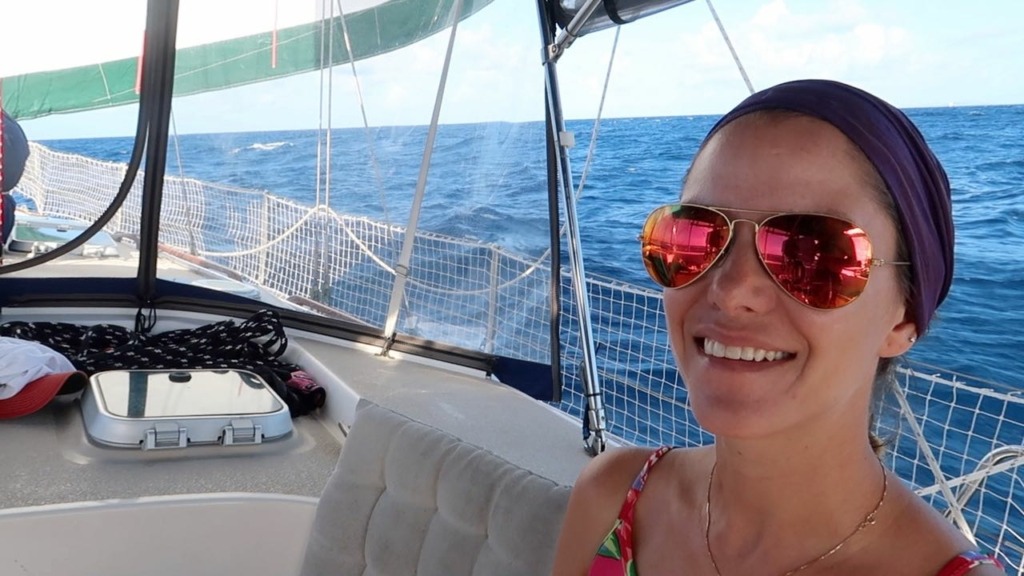 Kelly sailing back to Puerto Rico

Cousin It or Chewbacca? 😂 #sailingsatori